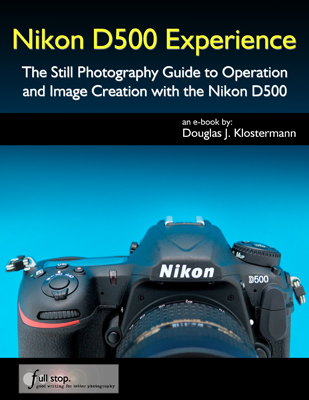 The recommended settings for Custom Setting a1 – AF-C Priority Selection, were updated to the “Release” setting for action situations. This is based on the recommendation of Nikon as well as the experience of sports and wildlife photographers.

The SnapBridge app for iOS (iPhone/iPad) is finally available. You can download it here: http://snapbridge.nikon.com/

Firmware Version 1.10 released, which can be downloaded here, and includes the following camera updates:

Added support for the iOS version of SnapBridge.
Changed some help text.
Fixed the following issues:
– Images would not display correctly if playback zoom was used during image review.
– The focus point display would not light if the shutter-release button was pressed halfway after the standby timer had expired.
– The camera would stop responding if a command dial was used in the Custom Setting Menu > f Controls > f1 Custom control assignment > “Movie record button + Dials” menu.
– If an option other than Off was selected for Active D-Lighting in the Photo Shooting Menu, pictures taken with an optional flash unit in auto aperture (AA), non-TTL auto (A), or distance-priority manual (GN) flash mode would be underexposed.

Sign up to receive notices of updates to the text of Nikon D500 Experience as well as to be eligible to receive free copies of the updated e-book file (for major updates):