“Despite all he accomplished, it feels like he was just getting started.” – Bob Iger

I’ve admired Steve Jobs for about as long as I can remember, and can even recall being inspired by his story at the time of his first Time magazine cover back in 1982, when I was merely twelve. 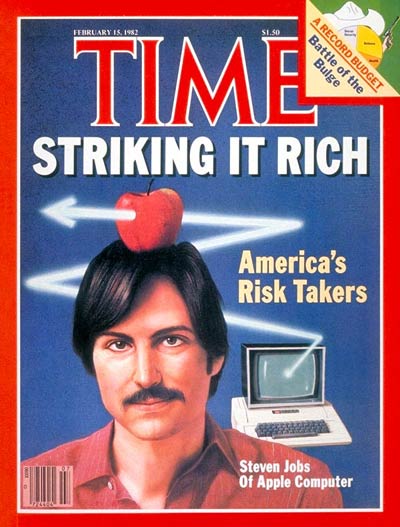 I now suddenly remember that around that period I took an after-school computer class using Apple II’s and can still recall the amazement when some lines of code I typed, when run, magically made lines and shapes dance and change colors across the screen.

I just recently began to return to his story, reading books and articles about his life and his work, recalling the reasons he originally inspired me so many years ago, and gaining new-found inspiration.

edit – 2011-10-06:  The new cover image – that Time literally stopped the presses to include – captures the Steve Jobs spirit of that era even better.  The audacious young contrarian in 1984, still fresh out of the start-up garage, beating the big, established companies and their traditional ways.  And already changing the world: 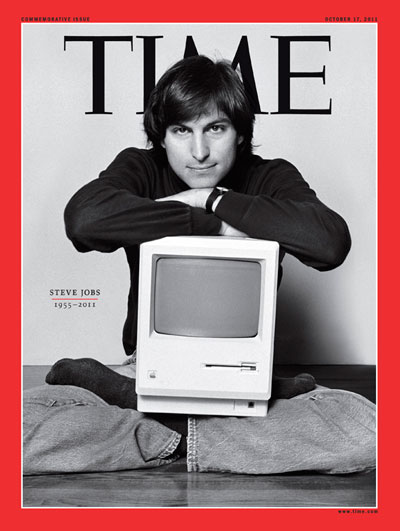 Perhaps the best remembrance of Steve Jobs – in addition to the beautiful devices and amazing innovations he created – is his wonderful Stanford Commencement speech from 2005, which is sometimes – poignantly – titled “How to Live Before you Die”:

As President Obama stated, “The world has lost a visionary. And there may be no greater tribute to Steve’s success than the fact that much of the world learned of his passing on a device he invented.”