I’ve had a chance to get some hands-on time with the new Canon Rebel T4i / EOS 650 as I’ve been working on my e-book user’s guide for the camera, Canon T4i / 650D Experience.  While the T4i shares the outward appearance and many of the features of its predecessor the T3i (and the T2i as well), if definitely has something new to offer.  Its improved autofocusing system for viewfinder shooting, its revamped AF modes for continuous movie shooting, its faster maximum continuous shooting rate, and its touch-screen all contribute to the T4i being a dramatic leap over the prior uninspired T2i/ T3i improvements.

I wrote about all the new features of the T4i and what they will mean for real life camera use in a recent post, Introduction to the Canon Rebel T4i / EOS 650D, so please have a look at that.  I will speak a little bit here about my thoughts on actually using these features.

Trickle-Down Features: The new Canon Rebel T4i / 600D demonstrates a significant leap in this “trickle-down” trend by taking the all-cross-type 9 point autofocus system and faster continuous shooting speed from the 60D and introducing these to the Rebel line. Although these previous omissions were seemingly necessary to differentiate the Rebels from the mid-level 50D/ 60D line, they resulted in two of the few but important “shortcomings” of the Rebels: they always had a less precise autofocus system with only one cross-type AF point (the center one), and a slower frames-per-second maximum continuous shooting speed. (Learn more about why cross-type points are so great just below.) Now with these improved features, the differences between the T4i and the mid-level 60D have been significantly reduced. (The 60D still offers additional external buttons and controls, slightly more rugged build and weatherproofing, and additional Custom Function options.)

All New LCD and Movie Focus: In addition, the T4i adds a first for a Canon dSLR: a touch-screen LCD that can be used for settings selection, image review, menu navigation, and even autofocusing or shutter release in Live View. Plus it offers a totally revamped hybrid autofocus system for Live View and Movie shooting that makes use of phase detection and contrast detect, allowing for another Canon dSLR first: continuous autofocus during Live View and Movie shooting. The phase detection aspect of the new AF system allows the camera to determine both the out-of-focus distance and the direction in which to correct, finally eliminating the slow and awkward focus hunting of previous models. Add one of the new “step motor” STM lenses such as the 18-135mm kit lens or the 40mm “pancake” and the lens will now silently focus during movie shooting, thus eliminating the autofocus motor noise previously picked up by the camera’s microphone. (Did I mention the built-in mic is now a stereo mic! And there is a stereo mic input jack.) Plus the image stabilization of the 18-35mm EF-S IS STM lens is designed to counteract camera shake caused by walking while shooting video. 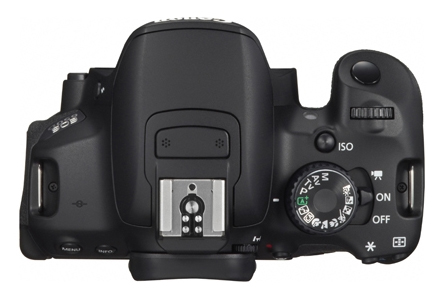