I just stumbled across this on Amazon – here’s my photo on the Viva Travel Guide – Machu Picchu and Cusco guide book. 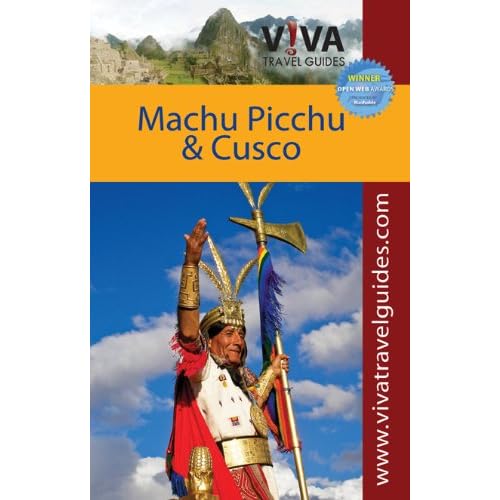 I would like to mention, for those researching digital SLR cameras, that this photo was taken with an Olympus SP-320, 7 megapixel point and shoot!

A map uncovered by Paolo Greer demonstrating that Hiram Bingham wasn’t the first outsider to “discover” Machu Picchu (and the farmers living there, who presumably knew it was there as well)

A few months ago I met a real life explorer in the South American Explorer’s Club in Cusco named Paolo Greer.  He told me of his lifetime of searching for lost cities in the mountains of Peru, his studious research in dusty archives in Washington and Peru (I don’t think you’re allowed to say “archive” without first writing “dusty”), his innovative use of satellite maps to locate lost sites, and his technique of countering poisonous snakebites with a modified stun gun.  He even mentioned an NPR show where he was referred to as the real Indiana Jones.  AND, he was on the verge of breaking an amazing story of the true modern discovery of Machu Picchu.

At first I was fascinated and captivated, eager to hear of his adventures and his theories.  But after a few afternoons in the clubhouse, I repeatedly overheard him tell the same stories to any eager audience.  I began to suspect I had already learned all the juicy information.

Then last week, returning on a path back to Ollantaytambo after hiking to the Pumamarca ruins, we were joined by a British paleoecologist who was studying the ancient remains of mites buried in the mud of a lake.  The rise and fall of the mites, it turns out, from Inca times to present, corresponds to the rise and fall of the local populations, due to the fact that the mites lived in the llama poop.  Anyway, at his first mention of modern explorers, we exclaimed, “we know one of them!”  Turns out he has been working with Greer, helping him get his newly gathered information into the news.  And 5 days later…here it is: (sorry, some of these links don’t work anymore).  And here is the tale of our first unsuccessful but unforgettable expedition to the Pumamarca ruins.

Link to Article (no longer available)

Link to 3rd Article (no longer available…the Internet isn’t as permanent as we think!)

Link to Article with Pictures of the Maps and Documents

edit 2011-07-26:  Paolo Greer is now mentioned in a wonderful book by Mark Adams called Turn Right at Machu Picchu, a story partially inspired by the article that Greer was releasing in South American Explorer magazine at the time of this blog post.  Greer certainly is an “obsessed amateur historian,” as Adams calls him in the book, and their meeting commencing at the Lima SAE clubhouse in Miraflores reminded me so much of my first discussion with Greer at the Cusco SAE clubhouse.  Greer was enthusiastically, single-mindedly determined to share his story.  My companion and I had to begin to avoid him out and about in Cusco so as not to hear his theories again and again!  The paleoecologist mentioned above is also a footnote in the book, footnote 9 page 186.  I put together a blog post called Exploring the Andes to discuss the new book Turn Right at Machu Picchu, to discuss a photography e-book called Andes, and to showcase some of my favorite Peru photographs from other travelers.