Soon after the release of the long awaited 5D Mark III professional full-frame dSLR, Canon announced that it would update the firmware of the EOS 7D to expand its functions and to add several new menu items that had been introduced on the 5D Mk III (as well as some additional features). And now, this Canon 7D Firmware 2 update is here! You can download it from Canon on the 7D product page:

With this update, Canon has increased the versatility and boosted the capabilities of the popular and powerful 7D. These improvements now give you more control over Auto ISO settings and over audio recording during Movie shooting, quick access to new and existing editing features during playback, and in-camera RAW processing. The 7D is also now compatible with the optional Canon GP-E2 GPS Receiver. Perhaps most dramatically, the maximum continuous burst capability has been increased so that the 7D is now able to shoot more continuous frames before pausing: up to 25 RAW or 130 JPEG images when using a 128GB UDMA card, or 23 RAW and 110 JPEG images when using a standard (8GB minimum) CompactFlash card. When saving both RAW+JPEG image files, the camera has improved from 6 consecutive shots to 17.

Here are all of the Canon EOS 7D Firmware 2 improvements: 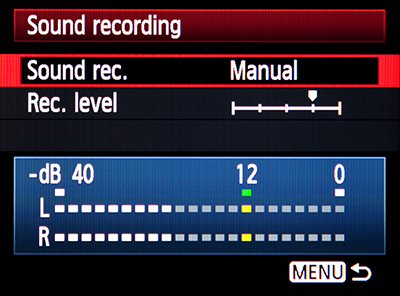 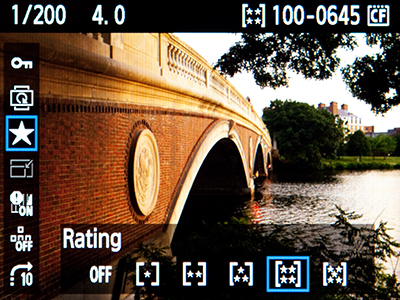 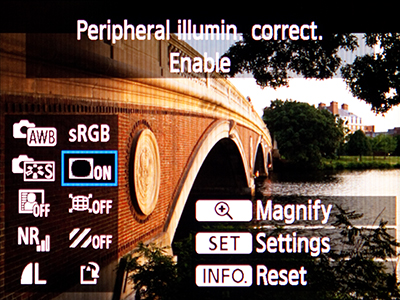 My e-book camera guide Canon 7D Experience is being updated to incorporate all the EOS 7D Firmware 2 updates. If you have already bought the guide from my Full Stop website or from Amazon you will be contacted about how to obtain the revised guide. This updated guide, perhaps the only Canon 7D guide incorporating Firmware 2 additions, should be available by mid-August. 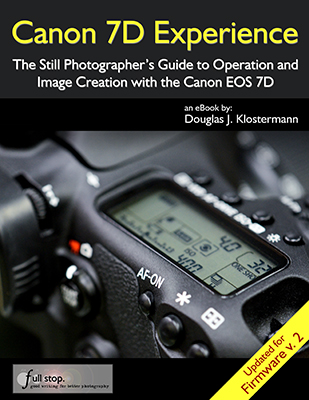 New firmware has been released for the Nikon D7000, version 1.03.  Be sure to update your camera, as it will fix several minor bugs including some settings and displays that have mysteriously changed on their own previously.

The Nikon D5100 firmware has also been updated for the first time, v 1.01, with fixes including: A firmware update for the Canon 60D has been released, version 1.1.0.  You can download and learn how to install it here:

According to Canon, Firmware Version 1.1.0 incorporates the following fixes and improvements:
1. Fixes a phenomenon where the wireless built-in flash settings are reset to defaults when the battery is removed from the camera.
2. Fixes an intermittent phenomenon where image-rotation information is not recognized correctly when shooting with the camera in the vertical position depending on the timing of the shutter release.

Canon has just released new firmware for the Canon EOS 50D, a camera I still use and love.  Although it is uncommon for firmware to be updated for older cameras, I guess it becomes necessary when memory card technology evolves.

According to Canon, this update:

You can find the new firmware here:

Canon has released updated firmware for the Canon 60D, version 1.0.9.  According to Canon, this update: